Politics and Your Nonprofit Status

[dropcap]S[/dropcap]enators Dan Coates of Indiana and Ben Cardin of Maryland introduced S.400, IRS Notice for Organizations that Include Charities is Essential Act.

The Bill amends the Internal Revenue Code to require the Secretary of the Treasury to notify any tax-exempt organization not later than 300 days after it fails to file its annual tax return or other required information for two consecutive years, that:

1. the Internal Revenue Service has no record of its return or information for two consecutive years, and

2. a penalty will occur if the organization fails to file its return or information by the next filing deadline. Further, it allows the reinstatement of the tax-exempt status of such an organization without the requirement of an application if:

• the organization demonstrates to the satisfaction of the Secretary that it did not receive the notice required by this Act, and

it files an annual return or required information for the current year.

Senator Coats released the following statement: “As the federal government is forced to reduce spending, community and faith-based organizations are increasingly filling the void. We need to make sure we allow these organizations to grow without interference from Uncle Sam. Because the IRS does not adequately notify charities as this deadline approaches, many nonprofits discover the problem only after their names appear on a list of organizations that have already lost their status-after it is too late to act. Some never realize it at all.”

We will continue to follow this legislation and keep our readers apprised.

Politics and Your Nonprofit Status CEO

[dropcap]A[/dropcap]s presidential candidates start announcing their intentions, we thought it would be a good time to review briefly how to protect your nonprofit status during the next year or so as campaigns begin to ramp up.

Under the Internal Revenue Code, all section 501(c)(3) organizations are absolutely prohibited from directly or indirectly participating in, or intervening in, any political campaign on behalf of (or in opposition to) any candidate for elective public office. Contributions to political campaign funds or public statements of position (verbal or written) made on behalf of the organization in favor of or in opposition to any candidate for public office clearly violate the prohibition against political campaign activity. Violating this prohibition will result in denial or revocation of tax-exempt status and the imposition of certain excise taxes.

• In addition, other activities intended to encourage people to participate in the electoral process, such as voter registration and get-out-the-vote drives, would not be prohibited political campaign activity if conducted in a non-partisan manner.

On the other hand, voter education or registration activities with evidence of bias that (a) would favor one candidate over another; (b) oppose a candidate in some manner; or (c) have the effect of favoring a candidate or group of candidates, will constitute prohibited participation or intervention.

Our professionals are very knowledgeable in this area and would like the opportunity to assist you in developing protocol for your particular organization.

Facts to establish the degree of control and independence fall into three categories:

3. type of relationship between the parties.

In determining whether the person providing the service is a common law employee or an independent contractor, all information that provides evidence of the degree of control and independence must be considered.

It is critical that the EO, as the employer, correctly determine whether individuals providing services are employees or independent contractors. Generally, the EO must withhold income taxes, withhold and pay Social Security and Medicare taxes, and pay unemployment tax on wages paid to an employee. The EO does not generally have to withhold or pay any taxes on payments to independent contractors.

It is important to remember that your organization can be held liable for employment taxes, plus interest and penalties, if a worker is incorrectly classified as an independent contractor.

Our professionals are very knowledgeable in this area and would like the opportunity to assist you.

[dropcap]D[/dropcap]onors who purchase items at a charity auction may claim a charitable contribution deduction for the excess of the purchase price paid for an item over its fair market value.  The donor must be able to show, however, that he or she knew that the value of the item was less than the amount paid.  For example, a charity may publish a catalog, given to each person who attends the auction, providing a good faith estimate of items that will be available for bidding.

The term unrelated use is defined as a use that is unrelated to the charity’s exempt purposes or function, or, in the case of a governmental unit, a use of the contributed property for other than exclusively public purposes.  The sale of an item is considered unrelated even if the sale raises money for the charity to use in its programs.

The professionals in our firm can assist you in understanding the tax complexities of fundraising events. 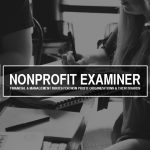