December 16, 2015 – Lawmakers unveiled a $650 billion tax-cut package late Tuesday that would offer breaks to everyone from big banks to school teachers to small businesses to the working poor, in what would be the biggest tax agreement since the fiscal cliff deal.

The bipartisan legislation, which lawmakers have been working on in secret for weeks, would make several temporary business provisions backed by Republicans a permanent part of the tax code.

The dozens of tax extenders that make up the bulk of the measure would get renewals of varying lengths. More than a dozen would be made permanent, including a deduction for state and local sales taxes; expansions of the American Opportunity Tax Credit; so-called Section 179 investment write-offs for small businesses; a deduction for teachers’ expenses; a provision known as the “exception from subpart F income for active financing income” that allows multinational banks to defer taxes; and various charitable provisions.

Others would get five-year renewals, including “bonus depreciation,” which gives companies extra-large write-offs for investment expenses; the New Markets Tax Credit; the Work Opportunity Tax Credit; and a provision important to multinational corporations known as the “CFC look-through rule.”

A House vote on this bill is expected Thursday evening. 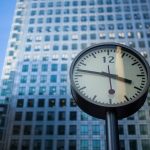 FOR THIS YEAR, LOSE WEIGHT, STOP SMOKING, GET YOUR CORPORATE MINUTES IN ORDER !!!MSW